Good things come in small packages.  Such is the saying and nothing could be truer than with Kenny Baker, who at 3 feet, 8 inches tall, brought such joy to millions in his iconic roll as Star Wars’ beloved R2-D2.  Kenny left this Galaxy at age 81, August 13, 2016.

Gone But Not Forgotten 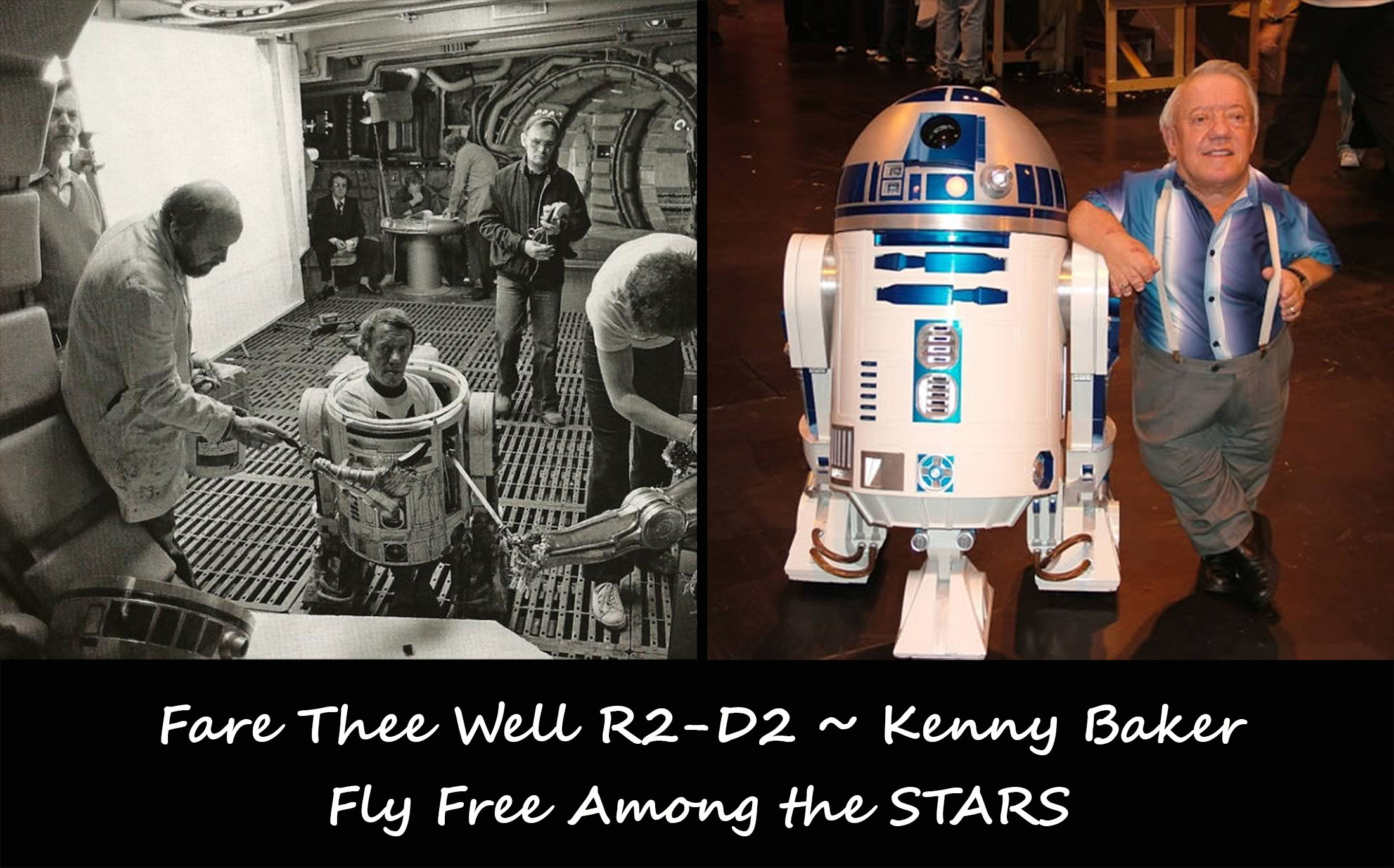 It was 1977, Spokane, Washington.   The original Star Wars had just come out in the theaters for the first time.  My baby, Gavin, was just three months old and I didn’t really want to leave him.  But a little voice inside said, “JUST GO!” My darling mother said she would watch him so off  I went.  So glad I did.  The moment those stars came rushing at me I was entranced.  When R2-D2 first entered the scene and ‘spoke’, I was in love.  Thanks little voice!  🙂

To this day, Gavin feels a special infinity for Star Wars. 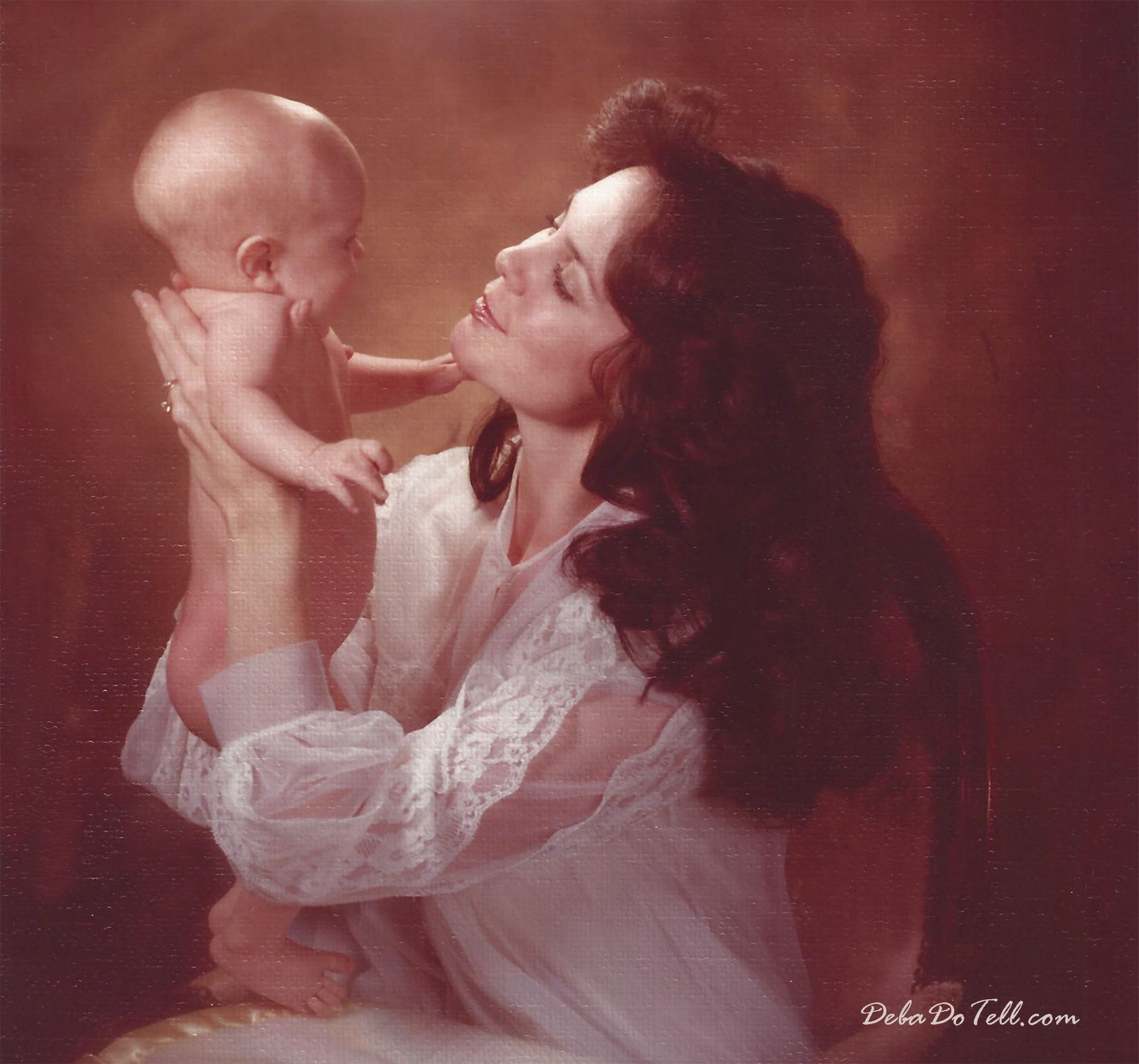 The general consensus among those who knew and worked with Kenny was that he was a marvelous human being.

George Lucas said of the actor who went on to appear in the sequels, The Empire Strikes Back and Return of the Jedi then three prequels, “Kenny Baker was a real gentleman as well as an incredible trooper who always worked hard under difficult circumstances.”

Can you imagine how hot Kenny must have been, encapsulated in his tight yet adorable outerwear? 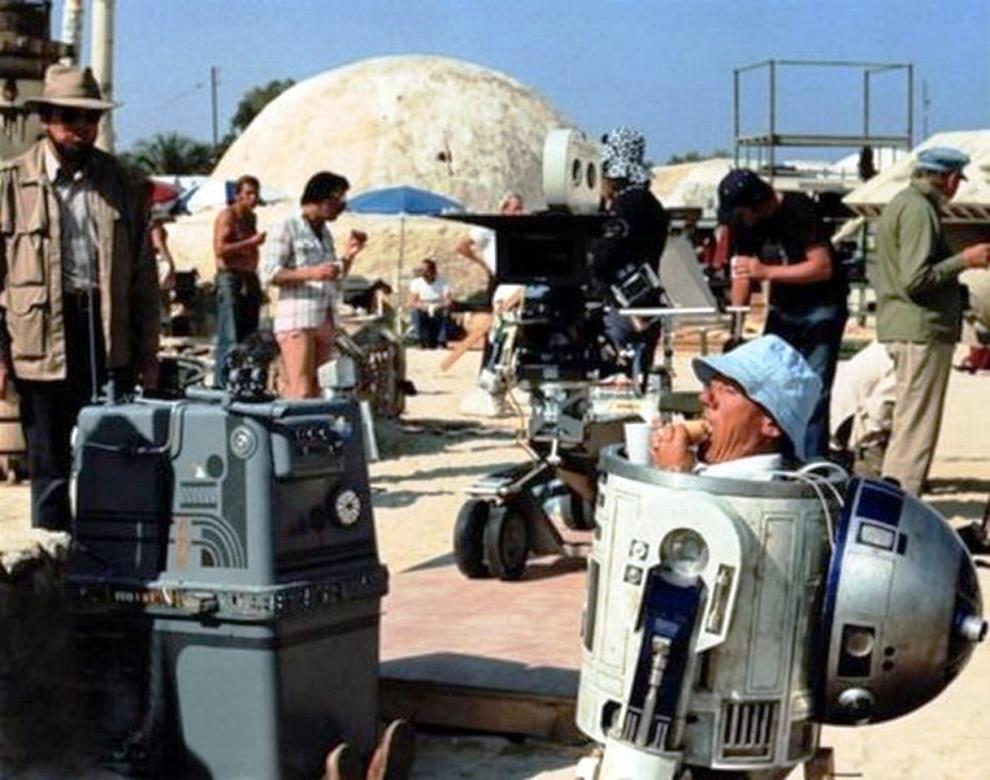 Mark Hamill, who played Luke Skywalker in the films, said of the actor on twitter, “Goodbye #KennyBaker A lifelong loyal friend- a lifelong friend  .  I loved his optimism & determination He WAS the droid I was looking for!”

Ewan McGregor, of Obi-Wan Kenobi fame in the three Star Wars prequels, tweeted: “So sorry to hear about this. It was lovely working with Kenny.”

Kenny’s manager, Johnny Mans, said “Kenny was truly a great friend, one of the nicest guys you could ever wish to meet, and a fabulous and talented performer.”  He also expressed, “He will be sadly missed.”

Bye Bye, R2-D2 ~Kenny Baker.  We shall think of you whenever we watch for the hundredth time and when we look to the STARS.

What are your fond memories of Star Wars and R2-D2?  Please Comment!